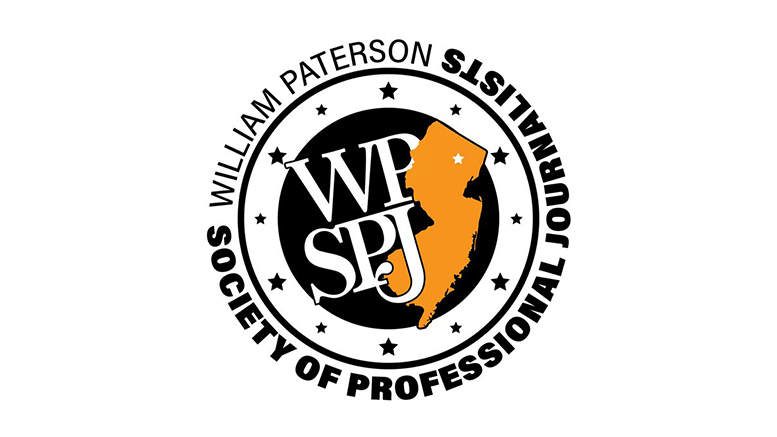 The William Paterson University chapter of the Society of Professional Journalists has been named the nation’s Outstanding Campus Chapter for 2020, beating out nearly 100 chapters, including universities more than triple the size, and dethroning four-time champion Ohio University. Plans are underway for a virtual celebration on Feb. 8, with remarks from SPJ president Matthew T. Hall, the editorial and opinion director of the San Diego Union-Tribune. “Dr. Hirshon has been instrumental in demonstrating to our young men and women the importance of high-quality journalism at a particularly difficult time in our country,” Loretta McLaughlin Vignier, interim dean of William Paterson University’s College of the Arts and Communication, said in a university press release. “There continues to be a need for journalistic excellence especially when the value of the fourth estate is being questioned and economically undercut. Journalism continues to be a viable and noble career.”

In announcing its choice for National Campus Chapter, the Society of Professional Journalists cited 18 programs and projects organized by the William Paterson chapter during the 2019-2020 academic year. These programs included a series of discussions and post-discussion dinners with professional journalists from a range of news media outlets as well as a shadowing program that allows our students to watch reporters at work.

We are proud of the programming we offered in 2019:

Our chapter welcomes professional journalists to campus to offer advice to our members through a monthly guest-speaking series named Reality Checks. These discussions are recorded for the campus television station, local public access, and YouTube. In our continuing efforts to serve students on a majority-minority campus, our chapter decided to open the Reality Check series this academic year with a guest who could address diversity. On September 23, 2019, we welcomed African-American journalist Gilda Rogers, the vice president of an organization dedicated to preserving the historic home of an African-American newspaper publisher in Red Bank, New Jersey. The relationship between WPSPJ and the Fortune Foundation continued after the Reality Check. Our adviser, Dr. Hirshon, included lessons on Fortune in his two sections of a Media Law and Ethics class in the fall of 2019, with students encouraged to incorporate Fortune into essays on why journalism history matters. In October, Dr. Hirshon and our chapter’s president-elect, John Conlow, travelled to Red Bank — more than an hour from the William Paterson campus — for a New Jersey Society of Professional Journalists event where Dr. Hirshon helped unveil a historical marker at the Fortune home. Conlow also recorded footage from the unveiling for a class project.

October 11, 2019: ProPublica Tour
Our members toured the New York City headquarters of ProPublica, a digital news outlet with a staff of full-time investigative reporters whose stories are distributed to partnering organizations for publication. The students had an hour-long conversation with two ProPublica reporters, Caroline Chen, who covers health care, and Daniela Porat, who has reported on the lack of oversight over nursing in New York for ProPublica and formerly worked as a researcher for Vice HBO and with the New York Times investigative and computer-assisted reporting units.

Before the 2019-2020 academic year, our chapter endeavored to identify a guest speaker to discuss the importance of public records in reporting. On October 15, 2019, the Reality Check series featured Andrew Ford, a reporter for the Asbury Park Press and Bergen Record. Ford was the lead writer for a series that prompted two statewide police reforms, and he has been recognized as a finalist for the Livingston Award for young journalists and a winner of the American Bar Association’s Silver Gavel Award and an Edward R. Murrow Award for investigative reporting. During the event, Ford discussed how his reporting has benefited from records such as publicly available divorce filings, police internal affairs documents, and police dash cam videos. He also described the Asbury Park Press filing a lawsuit to demand access to records relating to the 2015 arrest of Philip Seidle, a former Neptune police sergeant locked in a maximum-security cell at New Jersey State Prison for killing his wife.

October 17, 2019: Shadowing Theater Critic Ruth Ross
Continuing one of our most popular programs, WPSPJ organized our third outing for members to shadow theater critic Ruth Ross while she attended a stage performance. WPSPJ members joined Ross for a production of “Mrs. Stern Wanders the Prussian State Library” at the Luna Stage company in West Orange, New Jersey. In what has become a WPSPJ tradition, members met with Ross before the performance at a local diner to learn about theater criticism. Ross guided students on how to review a play. Students took notes during the play, and afterward they shared their critical thoughts on the performance with Ross.

November 7, 2019: Reality Check Discussion with MLB.com reporter Bryan Hoch
WPSPJ organized a discussion on campus with Bryan Hoch, a New York Yankees reporter for MLB.com. Hoch shared his experiences covering one of the most iconic franchises in sports and provided advice for students interested in careers in sports journalism. He also discussed translating his beat reporting into books about the Yankees, and he gave away a copy of his most recent book, “Mission 27: A New Boss, a New Ballpark, and One Last Ring for the Yankees’ Core Four.” Afterward, students asked Hoch questions about reporting during the off-season and how they should get started on their own sports journalism careers.

Our chapter arranged to shadow Kevin Dexter, the television play-by-play announcer for the Long Island Nets, the minor-league affiliate of the NBA’s Brooklyn Nets, during a professional basketball game at Nassau Coliseum. Throughout the evening, student journalists received career advice from Dexter and members of the Nets production and public relations staff. Students also sat in on a production meeting with the Nets announcers and watched the producers run the television operations from the control room and the studio floor.

WPSPJ organized a watch party for the Democratic primary debate with free pizza and soda provided. Members discussed the quality of the questions asked by the moderators.

WPSPJ organized a discussion on campus with Trentonian reporters Isaac Avilucea and Sulaiman Abdul-Rahman. Avilucea had recently received the “Courage Under Fire” award from the New Jersey chapter of the Society of Professional Journalists. Avilucea and Adbul-Rahman spoke to students about skills that they learned in college that helped them with their journalism careers. They also spoke about obstacles and experiences they have faced so far and how they overcame them. An important part of their talk was discussing times that sources and authorities — including a local police department — tried to hinder or halt their reporting efforts because they didn’t like what the reporters were investigating. This helped empower student journalists not to give up on the pursuit of the truth at a time when so many distrust the press.

In collaboration with the William Paterson Student Public Relations Association, WPSPJ conducted an interviewing workshop with tips on how to efficiently prepare for and conduct an interview. Led by then-chapter president Olivia Biel and then-secretary Leslie Campos, the event outlined how to research a subject before an interview and how to keep an interview going when the interviewee is hesitant to answer questions. Attendees learned how to identify and track down sources and what to ask. The collaboration with the William Paterson Student Public Relations Association made clear the relationship between journalism and public relations, and thus encouraged public relations students to join WPSPJ.

March 3, 2020: Fact-Checking Workshop
WPSPJ conducted a fact-checking workshop with tips on how to efficiently write accurate stories. Then-WPSPJ president Olivia Biel and then-secretary Leslie Campos taught students how to distinguish fact from fiction in reports from “citizen journalists.” The workshop also provided a list of digital fact-checking tools such as ProPublica DataBot and Google Reverse Image Search, and our leaders offered to help any student journalists in pursuit of a story with finding information or deciphering the truth in their news-gathering processes. News bias and credibility were also discussed. Attendees inquired about using social media to scan certain locations for information, photos, and video about ongoing local news stories. Chapter leaders also discussed how location/geotags, hashtags, verified accounts, and the age of an account can determine authenticity and validity of information found on social media.

March 10, 2020: Reality Check Discussion with journalist and novelist Caren Lissner WPSPJ organized a discussion on campus with Caren Lissner, a journalist and the author of the novel “Carrie Pilby,” which was made into a 2016 Netflix film with Nathan Lane and “Saturday Night Live” cast member Vanessa Bayer. Students learned how to balance creative writing and journalism as well as life as a freelance reporter. A recording of this event can be viewed on YouTube by clicking here. If you are reading a printed version of this report, you may access the video by typing the following URL in your browser: https://bit.ly/CarenLissner.

Even after the pandemic closed our campus, we continued to hold our Reality Check events virtually. WPSPJ organized our first virtual discussion with Ted Starkey, the internet news manager for the Long Island news outlet Newsday, and an author of hockey books. Students had the opportunity to ask questions about Starkey’s experience as a sports journalist and his social media practices. Students also asked for tips on how to be versatile when it comes to reporting different sports or beats and got advice on getting an internship as journalism students.

May 6, 2020: Reality Check with former CNN and CNBC financial reporter Susan Lisovicz
WPSPJ organized its final virtual discussion of the academic year with Susan Lisovicz, a former CNN and CNBC financial reporter who graduated from William Paterson. Students learned about Lisovicz’s career and gained insight on how she succeeded as a journalist. Students also received advice on making the most out of their time in college and how to report stories during the COVID-19 pandemic.

Moving forward, our chapter hopes to continue to invite notable journalists into conversation with William Paterson students, and offer journalism workshops and networking and learning opportunities.

We are also looking to expand outreach to students through our social media accounts — @WPSPJ on Twitter and Instagram — and our newly developed monthly newsletter, which contains information about upcoming speakers and events, a journalism tip, and a spotlight feature about an e-board member.

In all our efforts, we strive to provide the next generation of student journalists with guidance and support to pursue their future careers.