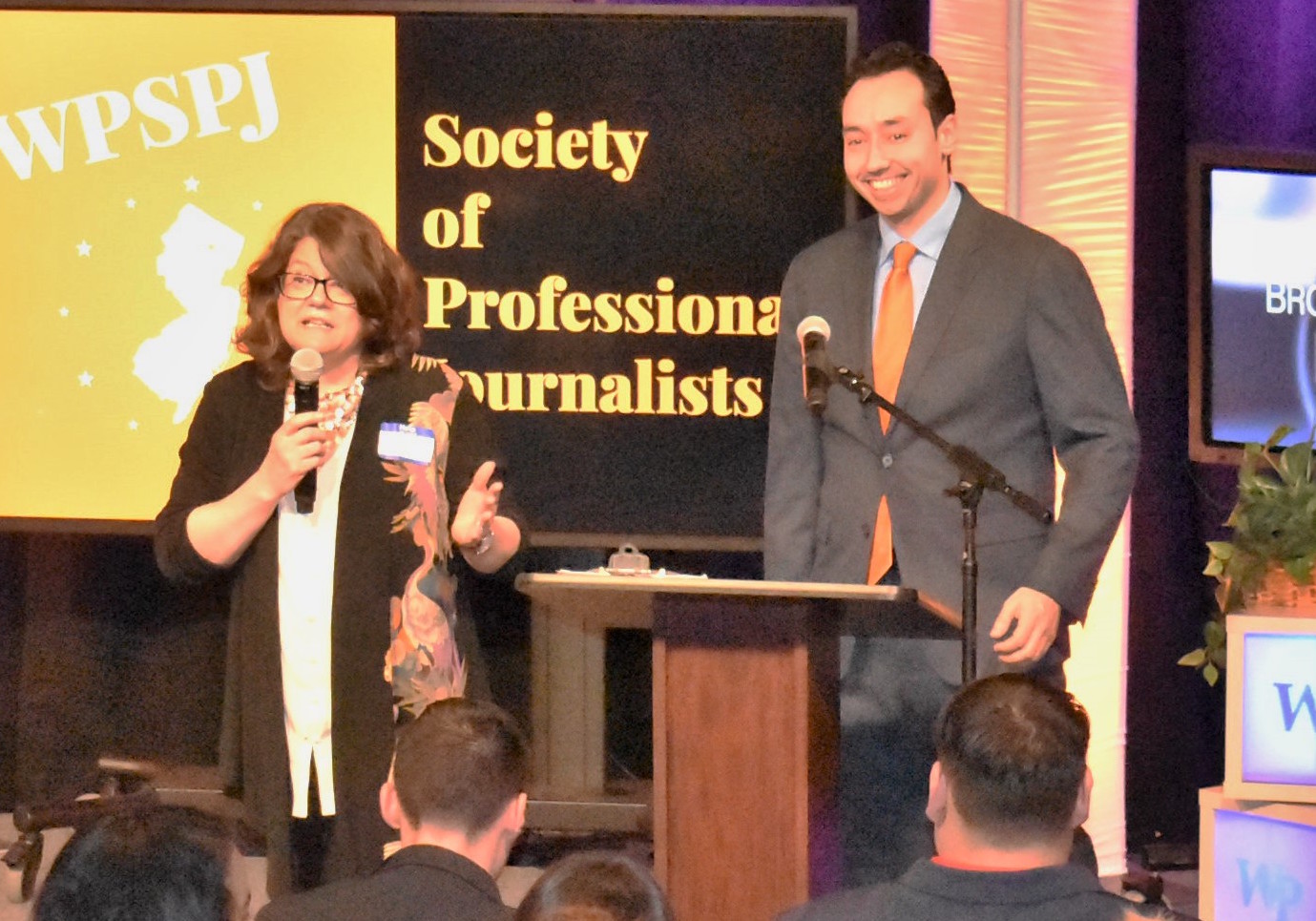 Members of the WPSPJ and NJSPJ chapters. (Photos by Robert Bugai) Bob Schapiro gave insights into the pioneering career of his mother, the late Edith Schapiro. Honoree and author Jonathan Alter spoke about his writing.